They Are More that Just Statistics

This is a true story from when I lived a two day hike from any roads or maternity care. Warning: this is graphic; it may not be suitable for everyone to read. 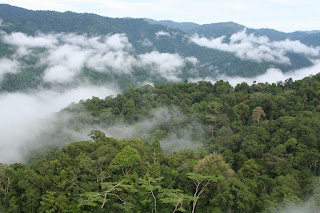 Limaka and I sat together on the dirt, our machetes by our sides.  I twirled a piece of grass in my fingers and watched as my sons climbed trees and cut trails in the jungle.  We had been clearing the weeds around my house to keep the snakes away.


“My husband is dead and I had nine kids, but only one is still alive, I want you to meet her.  I’m so excited, she is pregnant and I am going to be a grandma!”   Limaka was bursting with pride as she spoke of her only living daughter, who had recently married and moved to a village 2 hours away.


I told her I would love to meet Lisi, her daughter.  But I never got the chance.


A few days later I heard that Lisi died.


This is what I gathered as to what had happened:


~ The baby was a footling breech who slipped part way out.  It was stuck that way due to the cervix which was not completely dilated.


~ She tried to push for days, and she bled.  They offered to cut the baby.  She refused to let them hurt her half born child.


~They left Lisi and her baby under the house to die.  And they did.


I attended the funeral.  I sat in the smoky hut for hours with her dead body, and joined in the death wail.


I found out the next day that I was pregnant with my fourth child.  I went to the USA where I had a doula, a midwife, a hospital that stopped my pre term labor, newborn photography, and a baby shower.


Here are some links to World Health Organization on infant and maternal mortality.